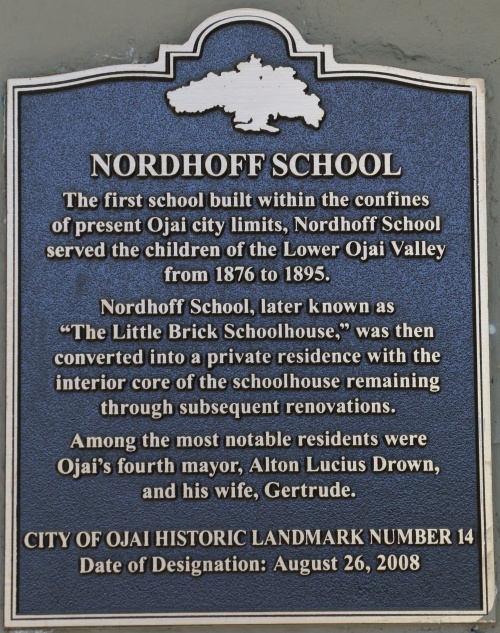 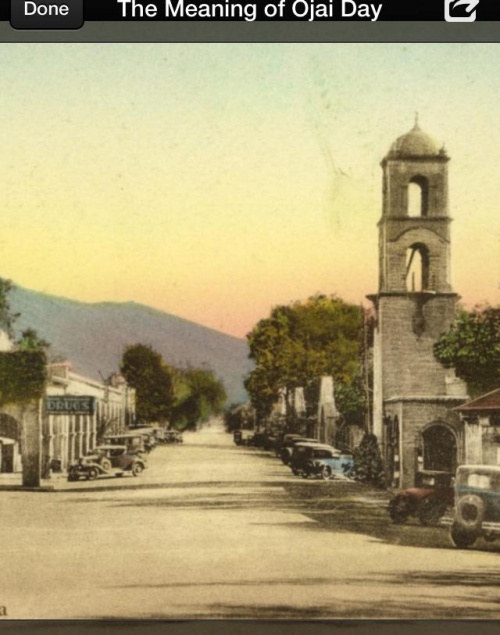 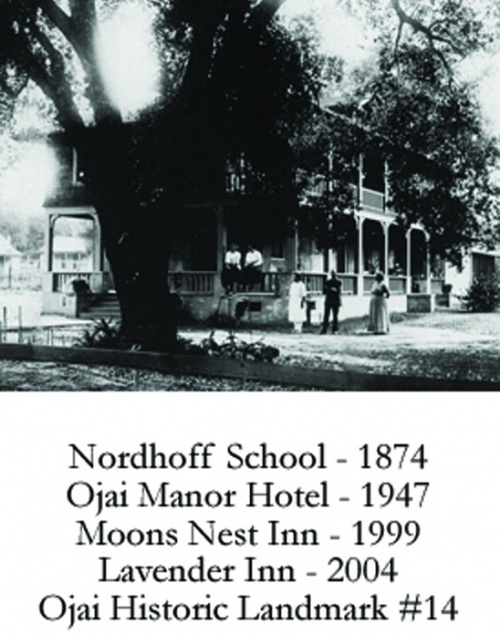 Originally built in 1874, The Lavender Inn was Ojai’s first schoolhouse. Over the years, it has transitioned from a community center to Ojai Manor Hotel and more recently, Moon’s Nest Inn. The Lavender Inn was renamed in 2003 to reflect the prevalence of lavender being grown in Ojai.  Along the kitchen wall above the stove is the original brick (now painted) that was originally the exterior of the back of the school house.  Lavender Inn was named Landmark #14 and the Mills Act, only the 2nd building in Ojai so far to be awarded this title.

Come feel the history at  the Lavender Inn, and we can share more stories about the history of the building.

“Your inn reminds me of older sophisticated houses on the East Coast.
I love your mix of the old and the new. It’s refreshing!”